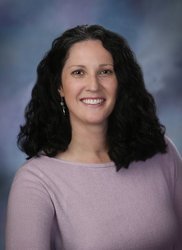 Lori Reichard has been in the Real Estate Industry since 2004.  She has worn many hats since then such as Loan Officer Assistant, Wholesale Coordinator and Real Estate Loan Processor for Montana Credit Unions.  One of her favorite colleagues describes her as a "compulsive completer" which is why her new role as a Transaction Manager fits her perfectly!

Lori was born on an Air Force Base in Dover, Delaware, and then raised in Lexington, Kentucky, the "Bluegrass State".  After high school graduation, she moved to Cincinnati, Ohio where she fell in love with live music, traveling, and mountain biking.  This is also where she met her husband, Nick.  A year later, they were married and found themselves in Billings, Montana where they have been ever since.

Lori and Nick spent a lot of time exploring, hiking, and camping during those first several years under the Big Sky and it was during some of those starry nights that they found themselves talking about a family.  They now have two adorable children, an active and busy boy named Nate, and a beautiful little dancer named Emi.  They now enjoy spending time in the mountains as a family, in their beloved Hideout camper.  Soon they hope to add a four-legged canine to the mix.

Lori is ecstatic to have joined Universal Lending's team of mortgage professionals because of the overall combined knowledge, lifelong dedication and quality relationships that have been built by each one of the members of our Montana Team.